No items found.
Product is not available in this quantity.
Woape Foundation Stories

After 9 years, Woape and Red Cloud have completed our STEM pilot program, with great success in the classroom!

Nestled among a grove of cottonwood trees just past the football field, the sun shimmers off the curving roof of a domed structure in the the cool winter air. Inside, natural wood beams and futuristic-looking clear panels join together as intersecting triangles. Despite the cold temperatures and sweeping prairie winds, the newest building on Red Cloud’s campus maintains a steady warmth—without the use of any fuel or electricity.

From Humble Roots to New Beginnings

Through generous support from The Woape Foundation and the Toyota USA Foundation, Red Cloud’s new greenhouse has everyone, from teachers and students to staff and volunteers, asking questions and looking for ways to get involved.

“The greenhouse gives us flexibility in teaching and learning,” says Wendell Gehmen, high school science department chair. “It is important to us that the greenhouse be accessible and provide educational opportunities for all students at all grade levels.”

The greenhouse has only been standing for a few months, but those educational opportunities are already presenting themselves.

...the difficulty with technology is that it becomes obsolete very quickly. This greenhouse will always be relevant. It will stand the test of time...

“I want you to figure out how much energy is stored in the water basin,” says Wendell to his senior chemistry class. Before anything begins to grow inside, Wendell is taking advantage of the cold weather to illustrate the science behind the greenhouse’s innovative passive heating and cooling system. Using a large water cistern and some strategically placed reflective paneling, the water absorbs the winter sun’s heat during the day and releases it back into the greenhouse at night.

“For a botany class, a greenhouse provides a clear and obvious opportunity for kids to work with things that are growing—its hard to have a real discussion about a plant without having a plant there,” says Wendell. “But it’s also opportunities to use the greenhouse in other classes, where we can explore the interconnections between many science fields, that makes the addition of a greenhouse so useful.”

Other teachers at Red Cloud are also looking at ways to use the new greenhouse in experiential learning activities. In the coming months, through a generous gift from The Woape Foundation, students will be designing raised beds for the greenhouse to begin cultivating a variety of plants, fruits and vegetables.

More than 100 miles from the nearest large city, Red Cloud is hours from major grocery stores in what has been called a ‘food desert’—where fresh fruits and vegetables are extremely difficult to find. Red Cloud’s health class is hoping to use the greenhouse to address that challenge and to promote community health and sustainability in the process.

Teachers say the greenhouse will show students firsthand how healthy food is grown, how they can grow their own food and, in the future, how to raise seedlings for local families to establish their own gardens.

With the greenhouse’s heat-capturing technology, students will have the opportunity to watch different varieties of plants grow all throughout the year, providing countless opportunities for study along the way.

As staff figure out the true temperature range within the greenhouse, Wendell notes that they might try to grow things that typically don't grow in the region, like coffee. However, they will also grow culturally relevant local varieties of plants.

“We have plants [on the reservation] with great medicinal and health benefits,” says Ted Hamilton, superintendent of Red Cloud Indian School. “Part of our science curriculum at Red Cloud is for students to better understand their environment—and you really need a lab to do that. That is what this greenhouse will be.”

From a purely scientific perspective, Ted believes the greenhouse will become a place for students to experiment with local and non-native varieties of plants. He says people often forget that many of the staples of our diets—pumpkins, corn, and beans—originated through experimentation and cultivation by Native peoples.

“There is a long history of selecting and nurturing seeds, experimenting with varieties and learning how to propagate them for the benefit of society,” Ted continues. “The greenhouse will build on this tradition while encouraging students to consider their current needs and interests.”

According to Ted, the greenhouse represents a unique opportunity for students to engage with their heritage, consider their place in the environment and work for change. It’s a tool, he says, for them to explore the timeless, yet dynamic world around them.

“We've asked for grants around technology in the past,” says Wendell. “But the difficulty with technology is that it becomes obsolete very quickly. This greenhouse will always be relevant. It will stand the test of time.”

Opening Doors to the Future

“It makes me feel better about my hardships,” says Justin Mesteth as he sits next to Wayne Ghost, both ambitious young leaders with contrastingly bright personalities. What draws these two together? They both are recipients of the 2016 Horatio Alger Scholarship.

“I didn’t go into it with expectations, so when I got the award envelope it was surprising,” says Wayne.

Expectations are something Wayne has learned are often changing and surpassed. A dream of becoming an educator one day, for example, is not where he always imagined himself. “Clare Huerter, who is now our Dean of Students, opened a lot of doors for me, English-wise, around the things that I could do and the possibilities that come along with it. She has played a very significant role,” Wayne explains. That inspiration, coupled with a passion for reading and writing, has led to plans of majoring in primary education with a minor in English.

“I’ve been writing a lot since sixth grade. I started turning to reading and writing as an outlet.” And one day, he adds, he hopes to write a book.

Until then, Wayne will continue to focus much of his free time applying to colleges, universities and available scholarships. It is hard work that has paid off so far. As of today, Wayne has been accepted into nine colleges and universities. “I’ve applied to…,” he pauses before continuing, “I don’t even know if I could count them all. But I’ve been accepted into nine colleges: Augustana College, Dakota Wesleyan University, South Dakota State University, University of South Dakota, Black Hills State University, Albright College, Richmond University, University of Sioux Falls and Southwest Minnesota State University.” He lists them with a  modest tone, using his fingers to keep a tally. Out of the list, he has his eyes set on two. “I’ve been looking at Augustana and Albright College in Pennsylvania because I received a sizable scholarship from each.”

Across the table his classmate Justin relays his own, sometimes challenging, path to today. As a determined and goal-oriented student, Justin has also spent much of this past year working to improve his future opportunities. “I went through a lot this past year – losing my grandfather and grandma in the same week and my dad going into a hospital a week before that.” Despite these challenges Justin perseveres and is succeeding academically. He is achieving dream goals like acceptance into his top choice university. “It gave me the understanding that bad things are going to happen but there are always good things that come with it.” He credits Red Cloud staff like Nakina Mills, director of student advancement and alumni support, for guiding him through hardship. “She is kind of like my mom – the mom I never had.”

Justin was recently accepted into Wesleyan University in Connecticut with a full-ride scholarship, a feat he could not have done alone he says. “My Gates mentor, Dominique Fenton, pushed me into thinking about Wesleyan. I honestly never heard about it until we were doing the Questbridge scholarship application. As he told me about the school, I instantly saw myself there.” Receiving the scholarship, he says, is a burden off his shoulders. “I’ve been stressing about college since my sophomore year and how I was going to pay for it. I don’t have to worry about it anymore. I’m going to a really good college and I’m going to do the best I can while there.”

Justin plans on pursuing a career in civil engineering and says Red Cloud’s strong STEM program has helped him in making that choice. With national support from the Toyota USA Foundation, Hydrite Chemical, the Woape Foundation and other partners, the school has been able to implement state-of-the-art labs, a range of classroom and after school opportunities, and even a geodesic greenhouse. As a result, over the past several years, more Red Cloud graduates have worked toward a degree in a STEM field than ever before, with nearly a third of this year’s graduates planning to do the same. Justin follows in their footsteps. “I’m taking a computer programming class and it’s helped me a lot to understand the programming part of engineering.” He also took inspiration from his Science of Society and Technology class. “We were doing a lot of hands-on building and that really inspired me to want to building things.”

As Justin looks toward the future he sees himself coming home. “I look at my reservation and see how we need a lot of improvements, like roads and buildings. I see how [engineering] could open a lot of doors for the reservation.”

With graduation nearing both Wayne and Justin are anxious for the next chapter in their lives. “It’s kind of surreal that I’m at this point, because it felt like my freshman year was not that long ago,” says Wayne. Justin adds, “I’m going to be 1,700 miles away from home but this place will alway be here. The only thing that I’m going to miss is my family and the freedom of living in a big open country.”

Donate, fundraise, or share the message today to help us create more positive and lasting change. We believe that sustainable work is community-led. Along with implementing our programs with the support of organizers and community leaders, we also rely on the grassroots support of people like you. Let's Indigenize together!

Learn how to get involved 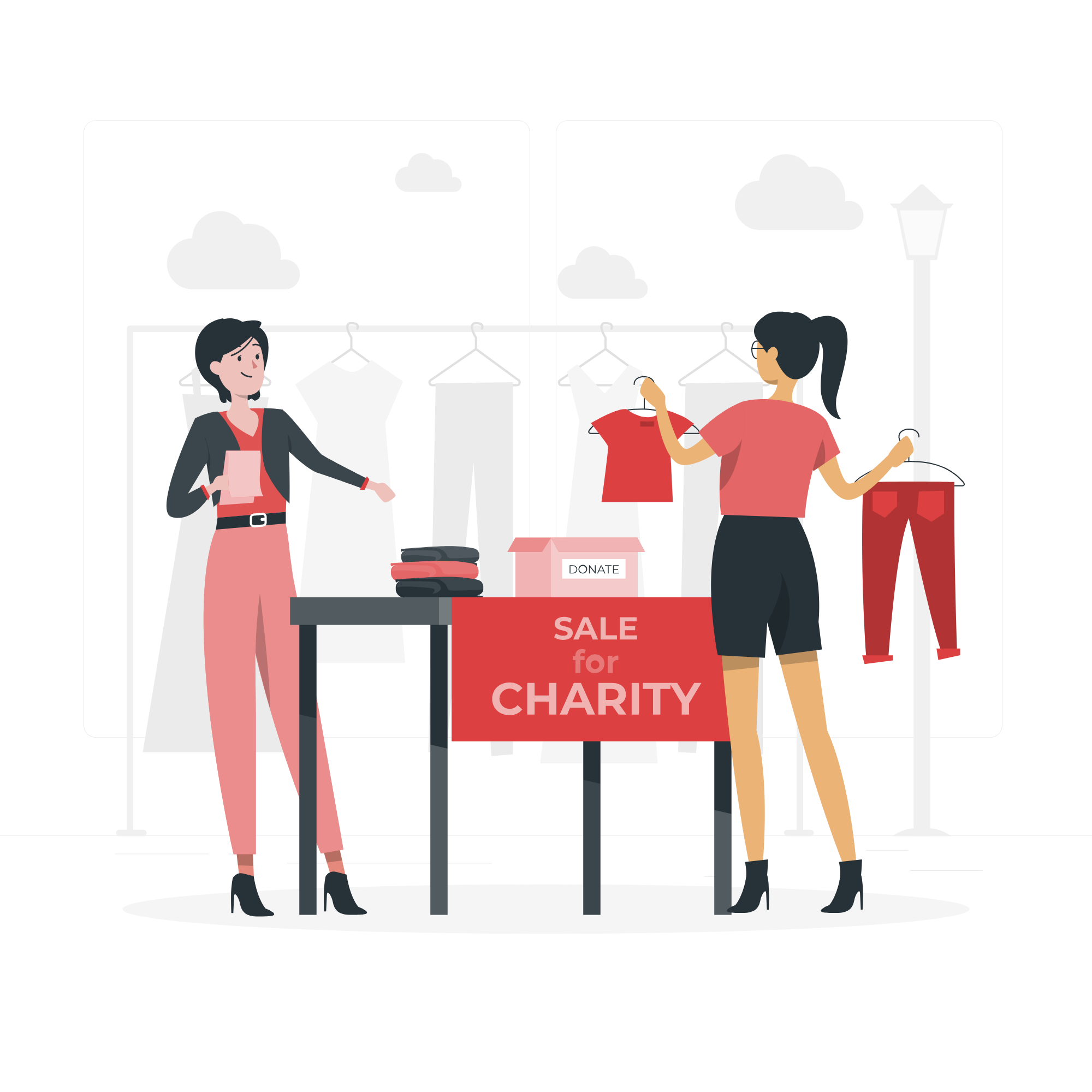 add impact to your inbox

Get our emails to stay in the know

get to know us